How to Choose The Proper Video Setting in Your Smartphones

In the past, a YouTuber had to equip himself with a capable video recording device such as a DSLR camera that on average was able to record HD and Full HD quality videos. But now, owning a DSLR camera is not an obligation that must be fulfilled by a YouTuber. You can use an Android mobile phone instead of a DSLR camera because its capabilities are arguably equal.

For example, I currently have an Oppo Reno 10x Zoom Android mobile phone that can capture video with good result. This mobile device has 3 (three) preset video resolutions ranging from 720p, 1080p, and 4K. From the aspect of video encoding, Oppo Reno 10x Zoom also supports H.264 and H.265. While the frame rate options are 2 (two): 30 fps and 60 fps.

‘Proper’ here does not have to mean the best video quality because if you just want to pursue video quality, you can instantly choose the highest setting, for example, a 4K resolution chosen with a frame rate of 60 fps. But on the other hand, the size of the resulting video file will be too high so that it quickly makes the file storage capacity on mobile phones full quickly. Likewise when the editing process will be less efficient because the original file is too large.

So what I choose here is to choose settings that are ‘proper’ in the sense of the aspect of the file size is not too big but without leaving the quality aspect. Consideration for selecting video settings is more tailored to the needs of the target audience to be targeted. So if you want to target other cellphone users, it becomes inefficient if the video set is intended for viewers who use full HD television.

The following is the selection of the right or proper video settings on an Android device before the recording process is carried out:

Do you need to record video with 4K resolution? Although at this time there are already many smartphones that are capable of recording 4K video, which means it has a resolution of 3840 x 2160 px, maybe at this time you don’t need it. If your viewers later only often enjoy 1080p video then there is no need to take 4K resolution video footage. Besides that, taking 4K videos will result in large space requirements in the storage media on your smartphone.

A video codec is a software that will compress the video during the export process. For flexibility and compatibility, select H.264 as the video codec in your smartphone settings. With this codec, the file storage capacity on your smartphone can also be maintained because it will produce a video file size that is not too large. Compared to MPEG-2 format, the use of H.264 codec (also known as MPEG-4 Part 10 or MPEG-4 AVC) only requires about half the storage space (network bandwidth) of MPEG-2 but keeps the video quality (the next generation known as H.265 or HEVC which offers quantum leaps in efficiency aspect).

The use of H.264 by default also aims to be opened and used on a variety of applications, networks, and systems, where various users use a variety of different devices.

Frame rate is the number of frames in a video display in a matter of seconds. If your smartphone has a frame rate option, choose 30 fps. Choosing a frame rate above 30 is only required for slow-motion video capture, although some gamers tend to prefer high frame rates such as 60 fps. A-frame rate of 120, for example, shows a video speed that is 5x slower than normal speed, and 240 fps makes the video speed 10x slower. 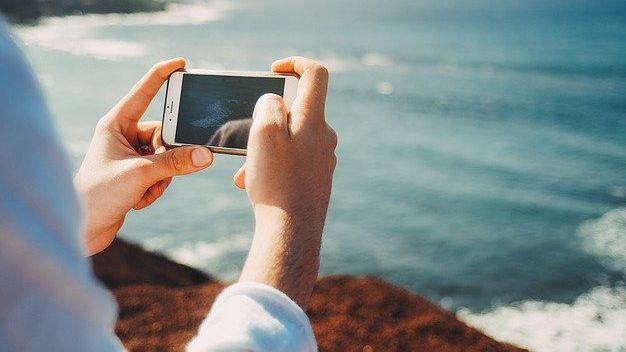